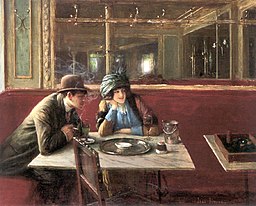 Virtual dating during the coronavirus has become fashionable, because it is the best method to meet people. According to a 2020 YouGov poll, 13% of British adults met on a dating app or online platform. Unable to leave the house, the days are gone when butterflies accidentally brushed your date’s shoulder or awkwardly tried to figure out who was in the pub. Now that dating has to be a completely digital endeavor, more than ever couples are flirting with FaceTime.

According to the OkCupid dating site, the number of people connecting via video chat has increased in recent weeks. In total, 26% of its users have chosen this way to speak. Meanwhile, on Bumble the number of video calls among users increased by 21% in the last week alone; And on Bisagra, 70% of users say they plan to try virtual dating.

In many ways, the coronavirus has not only moved the date but changed its purpose entirely. People who may once have favored short-term adventure and romance now have to replicate more traditional codes of behavior like courtship. Removing the physical element from dating allows couples to focus on forming deeper emotional and intellectual connections.

Virtual dating during the coronavirus

For many people, despite never having met in person, they are experiencing this increased intensity. Especially since digital dating can happen more frequently than it would in person. Other people are finding that they need to be more creative with their dating and think more. People are seeing how intimacy doesn’t have to come through physical contact, which is not a bad thing. Removing the physical element also alleviates some of the pressures that people feel in the early stages of dating.

But just as there are benefits, there are also some downsides to virtual dating. In some cases, certain people believe they are dealing with another related person but then that person disappears. And it is not that that person has had problems, because they continue to have activity on their social networks. Unfortunately, this is a situation that can become common in the online world. Many people lack empathy for other people and play with their feelings.

Don’t let the risks associated with virtual dating put you off. While it does present some challenges, they must be embraced along with the other lifestyle changes we’ve been forced to make in recent weeks.

This website uses cookies to improve your experience while you navigate through the website. Out of these cookies, the cookies that are categorized as necessary are stored on your browser as they are essential for the working of basic functionalities of the website. We also use third-party cookies that help us analyze and understand how you use this website. These cookies will be stored in your browser only with your consent. You also have the option to opt-out of these cookies. But opting out of some of these cookies may have an effect on your browsing experience.
Necessary Siempre activado
Necessary cookies are absolutely essential for the website to function properly. This category only includes cookies that ensures basic functionalities and security features of the website. These cookies do not store any personal information.
Non-necessary
Any cookies that may not be particularly necessary for the website to function and is used specifically to collect user personal data via analytics, ads, other embedded contents are termed as non-necessary cookies. It is mandatory to procure user consent prior to running these cookies on your website.
GUARDAR Y ACEPTAR